Hargreaves Lansdown falls in Which Rankings… 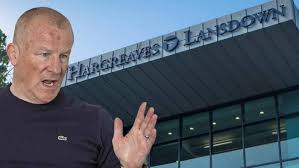 Recently City Wire – New Model Adviser, reported on the affect the Woodford scandal had on Hargreaves Landown – Read more below…

Hargreaves Lansdown has suffered a sharp fall in customer satisfaction levels amid the fallout from the investment platform’s backing of disgraced fund manager Neil Woodford.

The UK’s largest online stockbroker has fallen to sixth place in consumer group Which?’s annual ranking of investment platforms based on customer satisfaction levels, down from second last year. It was given a customer score of 67%, down from 74% in 2019.

Some of the Hargreaves Lansdown customers who took part in Which?’s survey complained about the platform’s backing of the Woodford Equity Income fund, which was suspended a year ago and is now in the process of being liquidated.

Hargreaves continued to feature the fund in its Wealth 50 fund buy list despite prolonged poor performance and a high weighting to unquoted and hard-to-trade smaller companies that contributed to the suspension.

The fund was only removed from the list after investors were blocked from withdrawing their money.

Hargreaves Lansdown told Which? it shared ‘investors’ disappointment and frustration’ with the Woodford Equity Income fund and was ‘pleased the majority of money has now been returned from the fund’.

Hargreaves Lansdown drove more than a third of the fund’s inflows following its launch in 2014, with customers of the platform and its fund managers owning a stake that peaked at £3.6bn in 2016. At the time of the fund’s suspension last year, they owned £1.6bn.

Vanguard, which this year launched its long-awaited Sipp, maintained its position at the top this year with a customer score of 88%. AJ Bell was second with a 77% score.

Join our email list to receive updates and information.

Thank you for signing up. We will be in touch and keep you up to date with our company and market news.

Something went wrong. Please check your entries and try again.

For more information on any of our independent financial services, or to discuss your specific requirements, contact out dedicated team today.